Who wouldn’t want to fill their homes with the smells of freshly baked bread, cinnamon, and cardamom! This cinnamon pull-apart bread puts a different spin on classic cinnamon rolls and it’s a bit healthier. When you need a special breakfast that can help you to beat the winter blues this aromatic bread will bring you all the cozy feels. Whether it’s Christmas morning or a special birthday breakfast, this cinnamon pull-apart bread will make the day feel special. 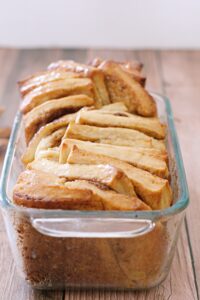 How to make yeast bread easily

I know, yeast recipes can sometimes be intimidating to make, but this bread is pretty simple. I make yeast bread often and I have found that they aren’t as hard as one might think, and they always please a crowd! 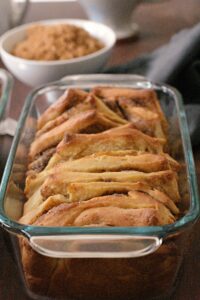 The steps to make this yeast brioche dough is easy. Let me walk you through the steps of how I do it. 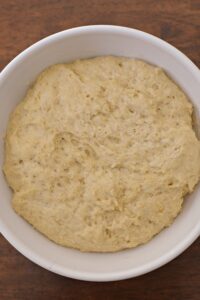 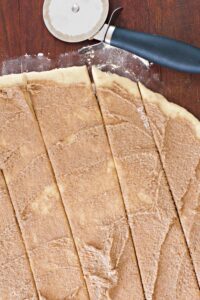 Now you wait until your bread doubles in size. This shouldn’t take too long. The time will vary depending on the temperature in your kitchen. When I’m in a hurry I like to set it in the microwave. Mine is over my stove, so it always seems a little warmer in there. 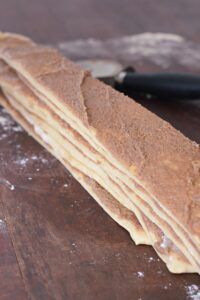 This cinnamon pull-apart bread is similar to cinnamon rolls, just shaped differently. Once you get the dough rolled out and you spread the cinnamon spice butter mix on top you do things differently from there. Instead of rolling the dough up for cinnamon rolls, you are going to take a pizza cutter or knife and cut the dough into strips. Next, you will stack the strips of dough on top of one another then cut them into 6 chunks. This recipe makes two 1.5 quart loaf pans. 3 chunks of the cut dough will go in each pan cut side up like pictured. 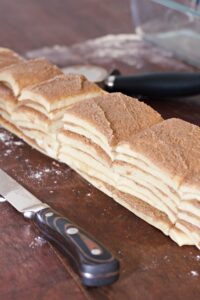 After this bread is baked it makes a beautiful loaf of bread that is great for entertaining. Each slice pulls off of another making it super fun to eat! 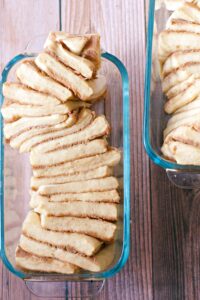 Do you love holiday recipes?

Here are some of my favorite things to bake around the Holidays!

If you are a bread lover like me, here are some other delicious bread recipes! 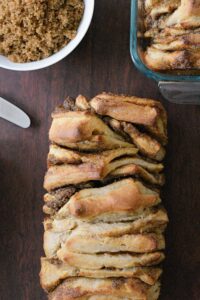 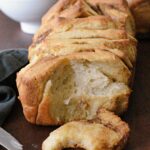 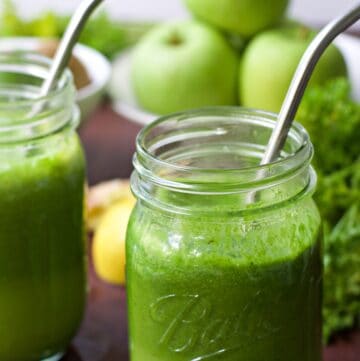 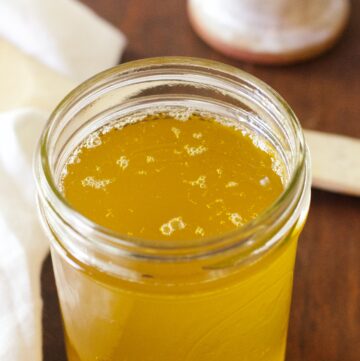 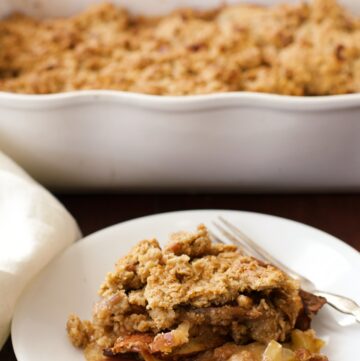 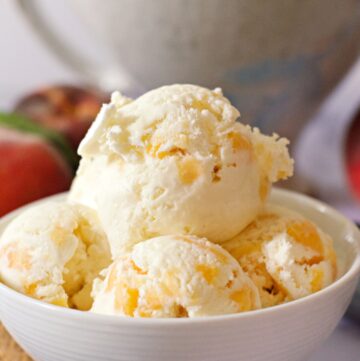 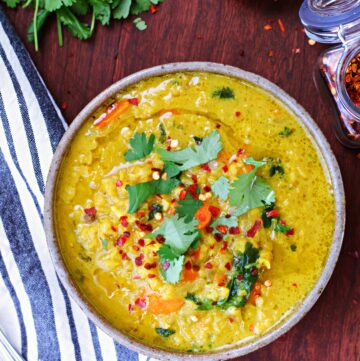 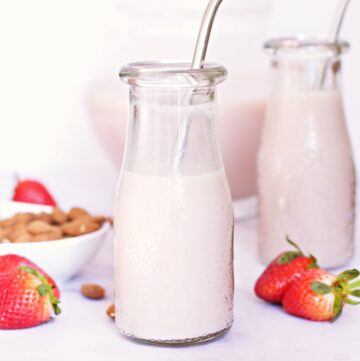 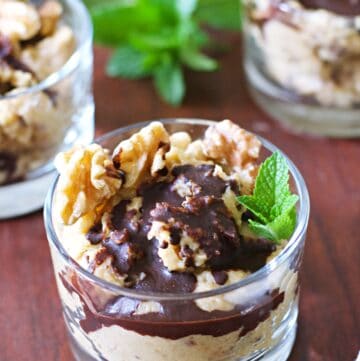 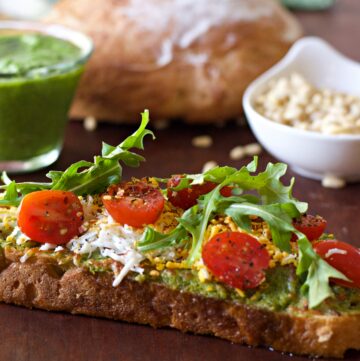 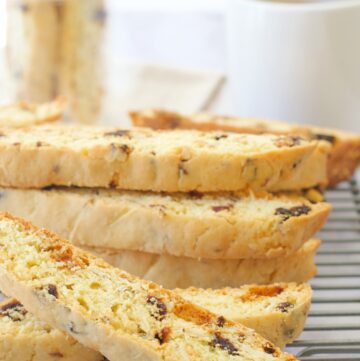 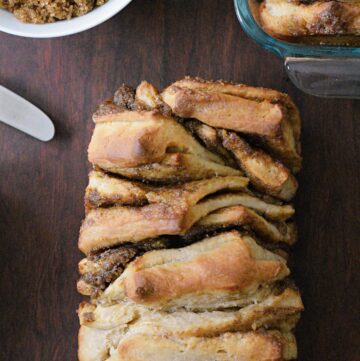 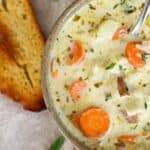 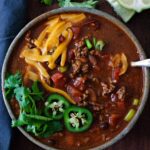